Before I bought the Blackberry I heard a real BB fan should addict to updating the operating system of BB. From the news/blogs about BB I also noticed new version OSs are officially released or unofficially leaked very often. However my 8900 came to my hands with a very new OS version (4.6.1.144) so I didn’t feel very motivated to update it until yesterday.

The weird network broken problem on 8900 had been annoying me very much these days : GPRS/EDGE network connection broke periodically (once 1 day or even more often), the only way to recover the connection is to restart the machine. This is ridiculous! I searched a lot and asked the seller but got no convincing answer.  Yesterday I decided to update the OS to see if this problem would be fixed.

The updating procedure is kinda straightforward with BB 8900 and Desktop Manager 4.7. 1. Download an updating package (.exe) and intall it; 2. Rename/remove the file “c:\Program Files\Common Files\Research In Motion\AppLoader\Vendor.xml” (maybe because the downloaded package usually doesn’t match the vendor of the machine); 3. Open the Desktop Manager, it will automatically scan the system update and prompt you to update. It costs quite a few minutes (5-10 mintues on 8900) to backup personal files, updating system files and restore personal files. After it’s finished, I’ve got a new OS with most configuration unchanged, though most application settings and a few system configurations are lost…

The 4.6.1.199 OS has not much difference with 144, actually I didn’t feel any except the network broken problem seems improved now :) I only got it once after taking subway. 5.0 OS has been leaked online, with a lot of new features. I guess I’ll update my BB again when a good 5.0 OS is available.

My Blackberry has been staying in my hands for a few days. Playing with numerous software on it brought me a lot of fun. Some software rock and some other suck. I’ll sum it up here. In a word, 8900 is awesome!

Besides software and functions, I’m pretty satisified with the workmanship and user experience of 8900. The size is perfect for my hand and the screen is very nice. The trackball is surprisingly comfortable and looks very beautiful. So it is very attractive to hold and play with it, sometimes I prefer to use GReader on it while leaving my laptop aside…

After hesitating for a whole month (or even longer?), I finally bought a Blackberry Curve 8900 for myself! 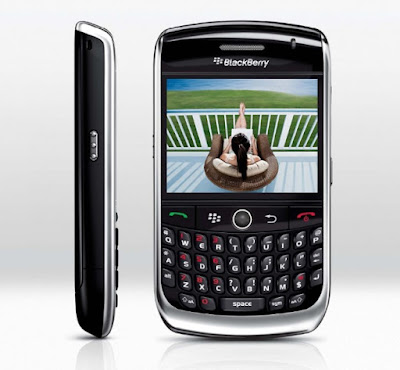 I have to say 8900 attracted me deeply from the first sight, though it doesn’t have touch screen or 3G support. It has all functions I care and a just-my-type shape. I like full QWERTY keyboard and want WIFI/GPS both enabled machine. The system/software style of blackberry is also fitting my appetite :) Some article used the word “sexy” on this phone, I strongly agree.

After some basic configuration, my first work on this baby is to install a bunch of Google softwares. Google Sync make my contacts stored in the “Clouds”, and the 3 calendars (Google/Outlook/Blackberry) can finally be syncronized seamlessly with the help of Google Calendar Sync. Google Talk is surely another must-install software for me. It’s very late now but I still have a long list of software that I want to give them a try: twitter, rememberthemilk, DianXun Chinese input method, and so on…. Let’s do it tomorrow~